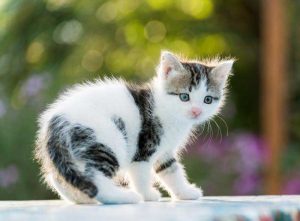 15th Street Veterinary Group is proud to serve Tulsa, OK and surrounding areas. We are dedicated to providing the highest level of veterinary medicine along with friendly, compassionate service.

We believe in treating every patient as if they were our own pet, and giving them the same loving attention and care. We are a group of highly trained, experienced animal lovers who are devoted to giving our patients the best care possible.

Our doors first opened at our current location in 1965 as Hohmann Veterinary Hospital, under the ownership of Dr. Donald Hohmann. Dr. Ed Wagner joined the practice as an associate in 1980, but later became a partner. A third veterinarian was added to the practice in 1987 when Dr. Mark Shackelford joined the group. We officially became 15th Street Veterinary Group in 1990 when Dr. Wagner and Dr. Shackelford became co-owners of the clinic. Dr. Hohmann remained on and continued to practice until his death in 1995. Dr. Erin Reed joined us in 1999 and became a co-owner with Dr. Shackelford, Dr. Wagner having sold his half of the partnership to her in 2015 and retired in 2017. Dr. Kara Herrington joined us in 2014 followed by Dr. Cristen Thomas in 2017.