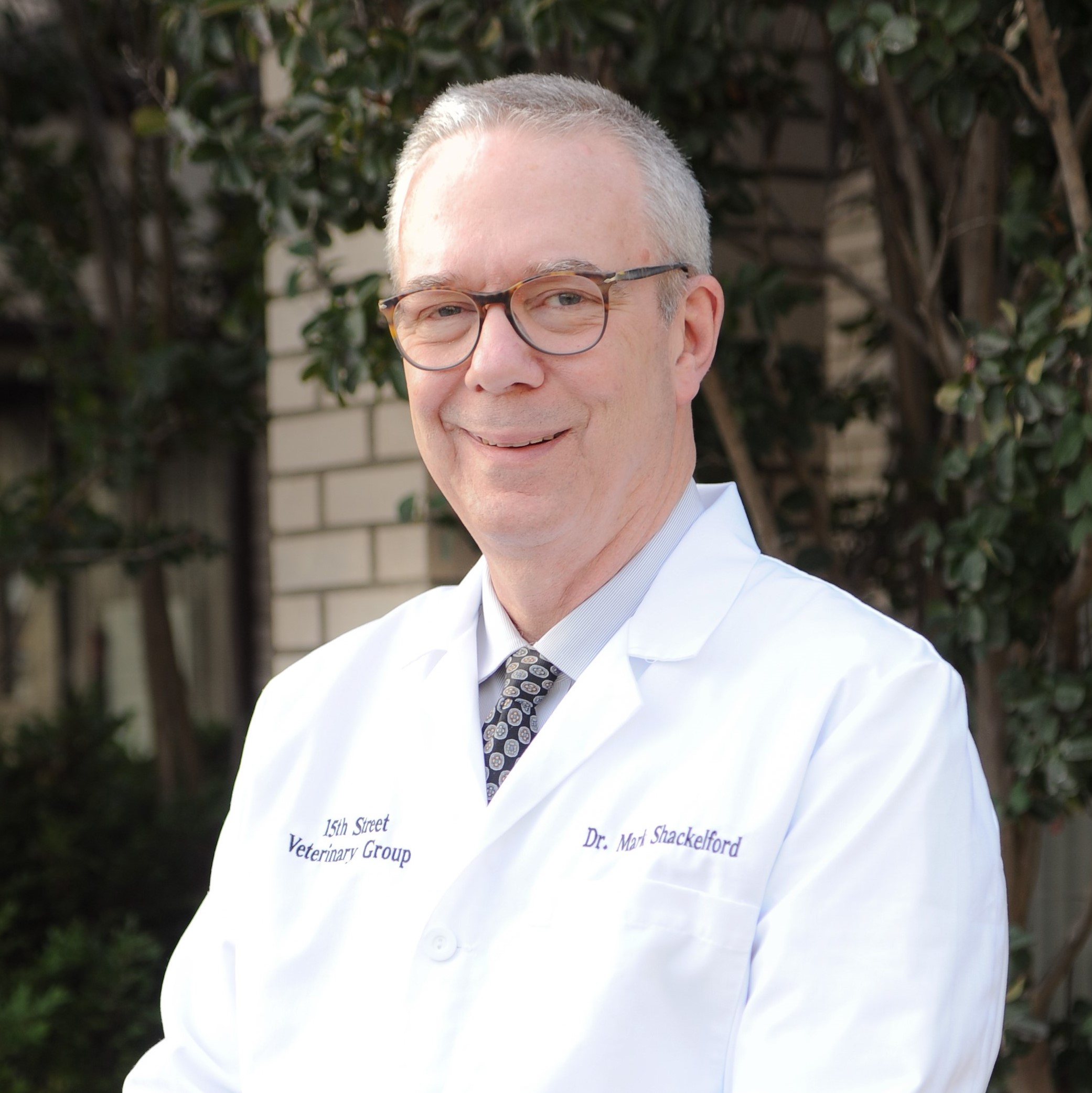 Dr. Shackelford is a 1982 graduate of the Oklahoma State University College of Veterinary Medicine and a native Tulsan. He is a member of the Tulsa VMA, the American VMA, and is involved with the Oklahoma VMA. Married to Kathryn, their home is shared with 2 dogs and 2 cats. Dr. Shackelford and Wagner started their partnership in 1990, changing the name from Hohmann Veterinary Hospital to 15th Street Veterinary Group. He is an active supporter of OSU Cowboy football and anything orange and black. 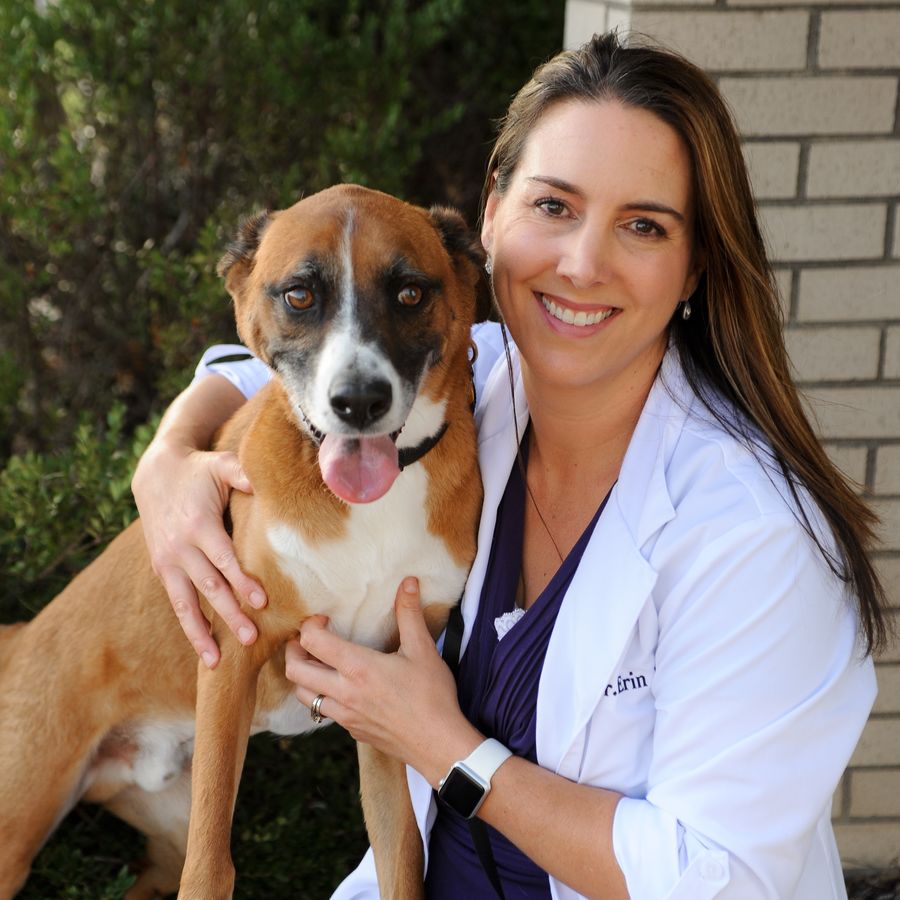 I grew up in a small town in New Zealand and moved to the US with my family while still in high school. This is when I started working with an equine veterinarian where my love of animals and medicine led to my future career path. After I graduated from Oklahoma State University in 1999, I joined the team at 15th Street Veterinary Group. In August 2015, I bought Dr. Wagner’s half of the practice to become partners with Dr. Shackelford. I have a boxer mix named Sgt. Joe Friday. Friday was named after the movie ‘Dragnet’ and is a wonderful but ‘special’ dog. 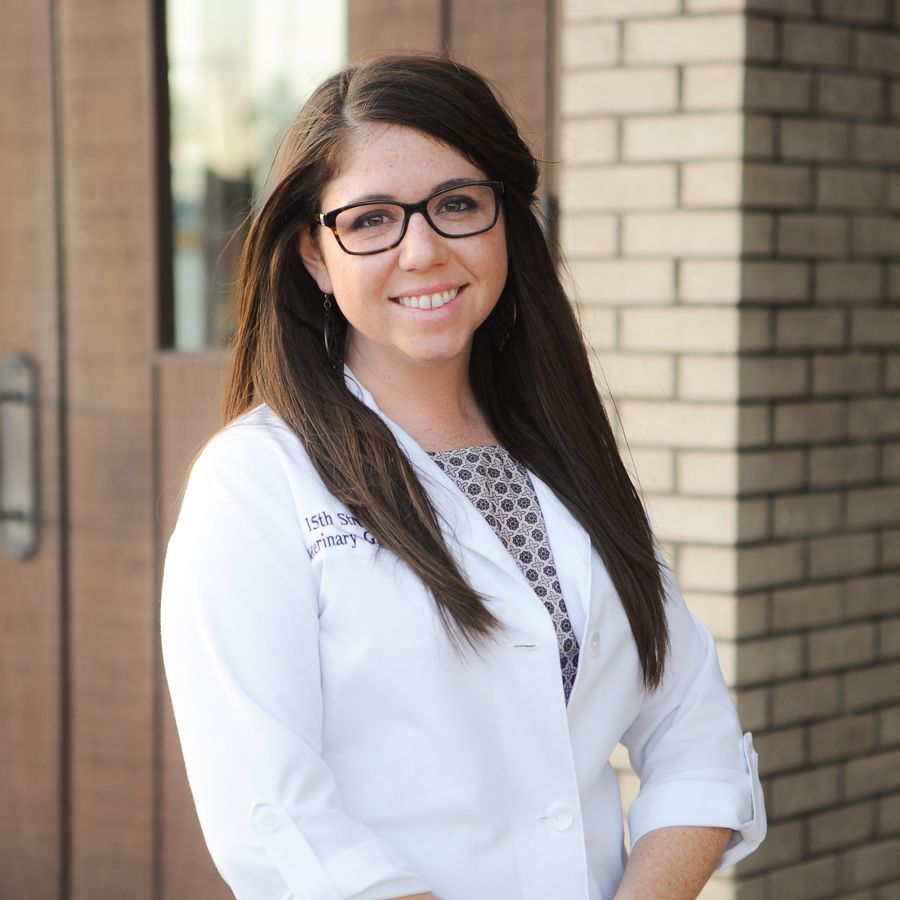 Dr. Herrington grew up in Oklahoma City and first became an enthusiast for medical science at The University of Oklahoma where she received her Bachelor’s degree. She met her husband Adam while at OU and he followed her to Stillwater where she pursued her Doctor of Veterinary Medicine degree from Oklahoma State University. She graduated in May 2014 and joined 15th Street Veterinary Group afterwards. Dr. Herrington has always loved being an Oklahoman and is excited to be part of the City of Tulsa, which she thinks is amazing. She and Adam have two daughters named Ida and Eleanor. They also have two ‘fur babies’ named Taco and Belle. In her spare time, Dr. Herrington enjoys traveling, reading, going to community events, listening to live music and watching Sooner football. 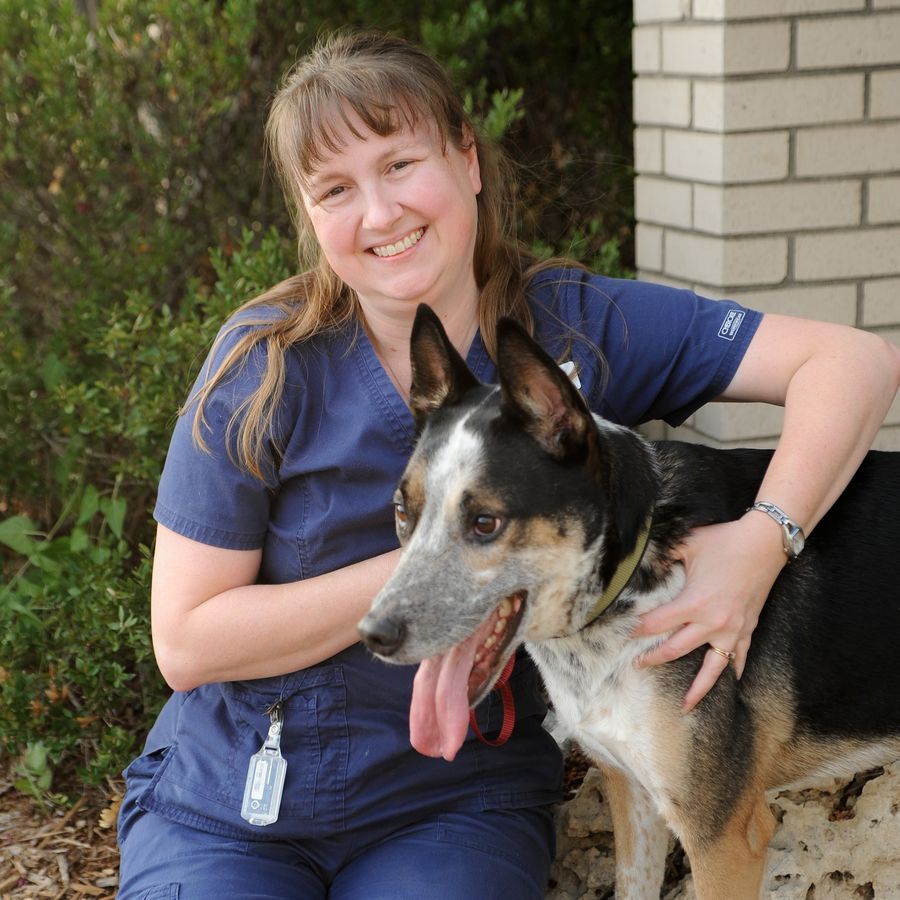 Kimberly grew up in Tulsa. She has always had a love for animals. Her parents were asked numerous times, ‘Look what I found! Can we keep him?’ She graduated from Edison High School and spent one year at Purdue. It was there that she first heard about Vet Techs. She started the Tech Program at TCC after teaching in daycare for several years. She did her practicum at 15th Street in 2002 and has been there since that time. She graduated and earned her license in 2003. In 2010, she was voted Oklahoma Veterinary Technician of the Year. She has two ‘fur babies’, Indy- a heeler mix and Jack- a beagle mix. She is married to Robert and they have a son named Chris. She enjoys watching baseball, cross stitching, and DIY home projects. 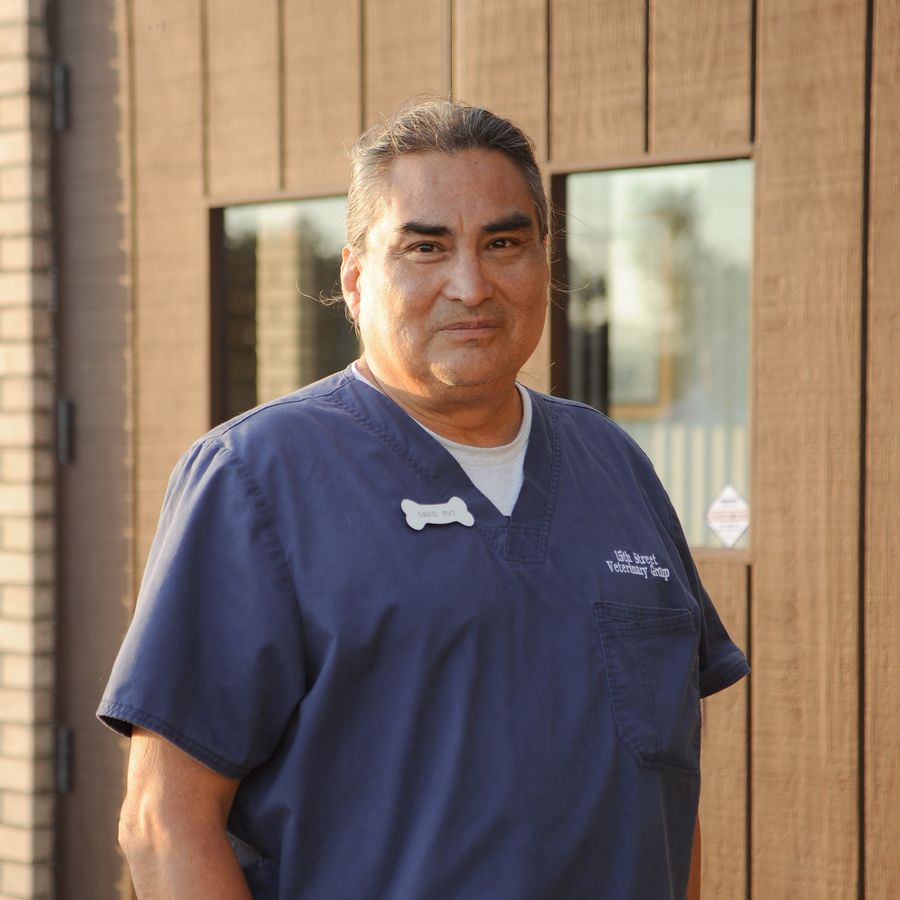 I have lived in Tulsa for most of my life. I grew up in the shadow of the DX refinery, then spent 4 years in the Air Force. I returned to Oklahoma and worked in wholesale or retail sales for over a decade. In 1994, I lived on a horse ranch in South Tulsa caring for boarders and a small barrel racing arena. I loved being surrounded by animals, so I applied at a small Veterinary Clinic where I began learning from the ground up. After a dozen years of boarding facilities, hospitals, the Tulsa Zoo, and some area shelters, I decided that I wanted a formal education to coincide with my life experiences. I attended the TCC Vet Tech Program while working full time and received an Associates Degree in Veterinary Sciences. Then, in the spring of 2004, I sat for and passed the National & Oklahoma State Boards to become a Registered Veterinary Technician. I came on board 15th Street Veterinary Group in October of 2007. I have one son, Ryan, and a granddaughter, Kinzley, who currently live in OKC. 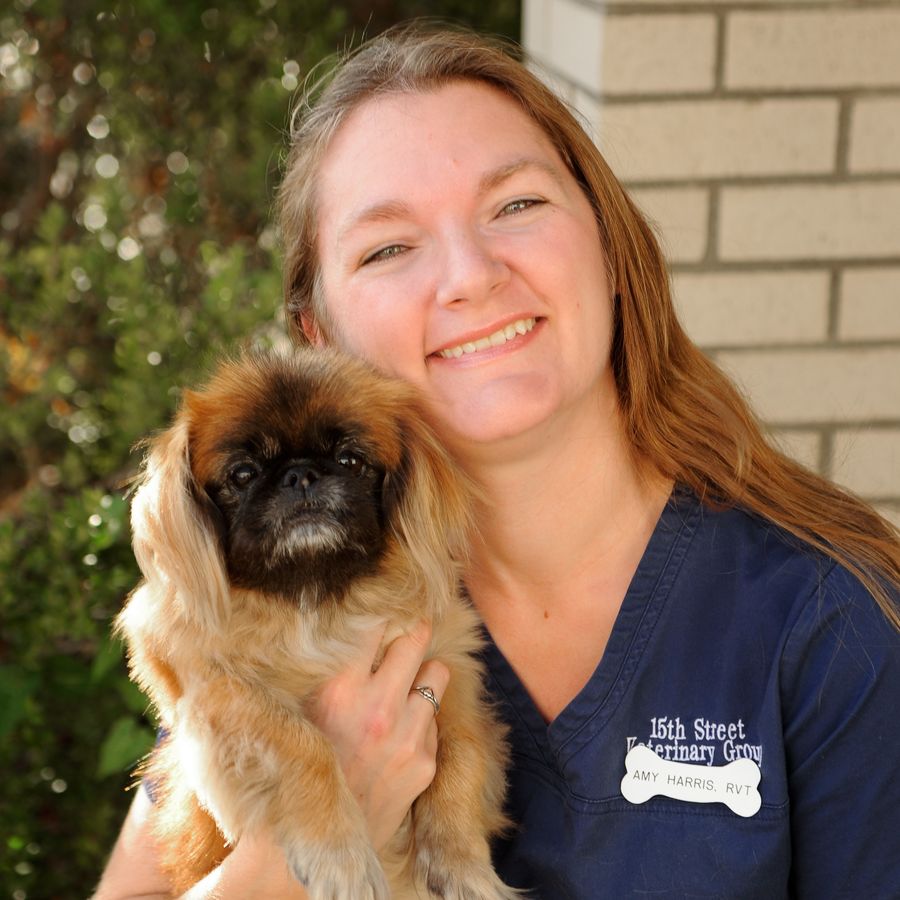 I am a Tulsa/Sand Springs native. I graduated in 2004 from Charles Page High School in Sand Springs. I had wanted to be a veterinarian since I was 3 (once I figured out I couldn’t be a marine biologist in Oklahoma). While I was at Oklahoma State University, I had a friend mention veterinary technicians and that sounded right up my alley. I left OSU and joined the TCC Veterinary Technician program. I did my practicum at 15th Street Veterinary Group in 2007. I received my license as a Registered Veterinary Technician in 2010. I have been at 15th Street Veterinary Group since August 2009. In 2017, I was named Oklahoma Veterinary Technician of the Year. I married my high school sweetheart, Kevin, in July 2009. My oldest son, Wyatt, was born in April 2015 and my youngest son, Cole, was born in October 2017. I also have 2 dogs, Split the pit and Scarlet the Pekingese. I love to read, cook, travel, and hang out with my family. This career is the best I could have chosen. I love spending my day around animals and I couldn’t think of a better clinic to work for. 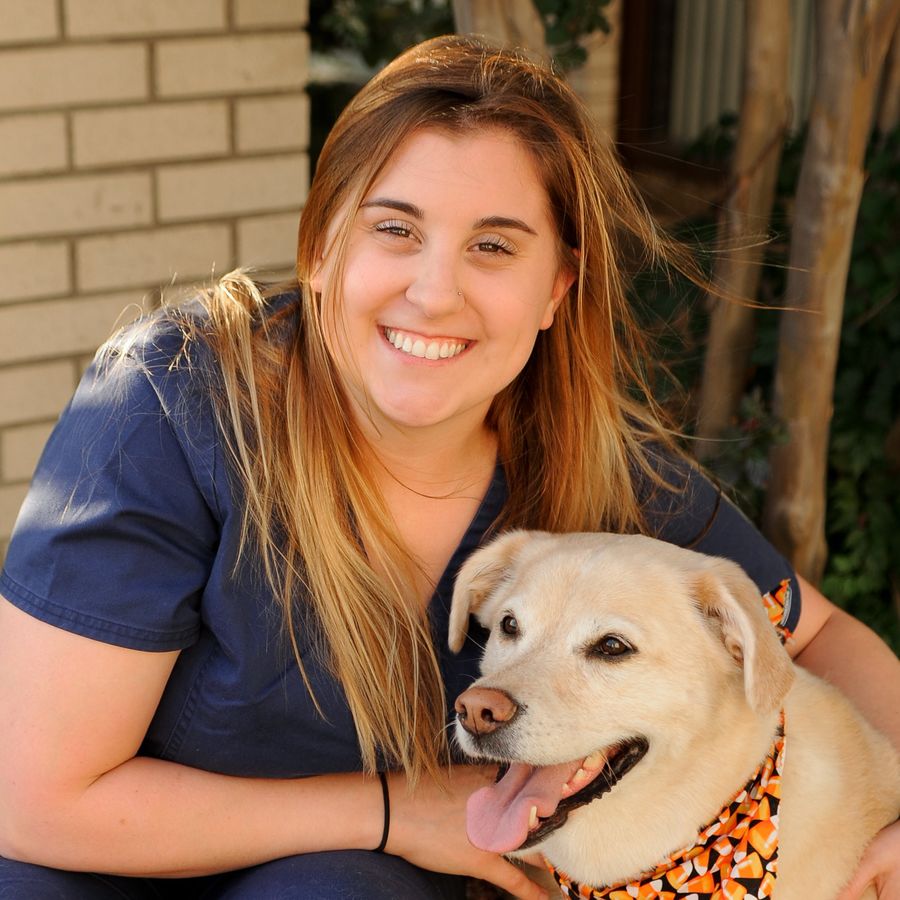 I was born and raised in Tulsa, OK and have always lived here. I attended Jenks High School until I graduated in 2009 and then attended the University of Oklahoma in Norman. My focus was human medicine at first, but one summer between semesters I began volunteering at an animal hospital. After that, I realized my passion for veterinary medicine so I changed majors and enrolled at TCC in their vet tech program in 2012. I graduated in May 2014, took my state and national exams, and received my Registered Veterinary Technician license. I’m so glad I found my calling and the best place to work! Oh, and the adorable Labrador in the picture is my girl, Tatie, born in 2008 and named by the rescue she came from (just a coincidence that our names are similar)! 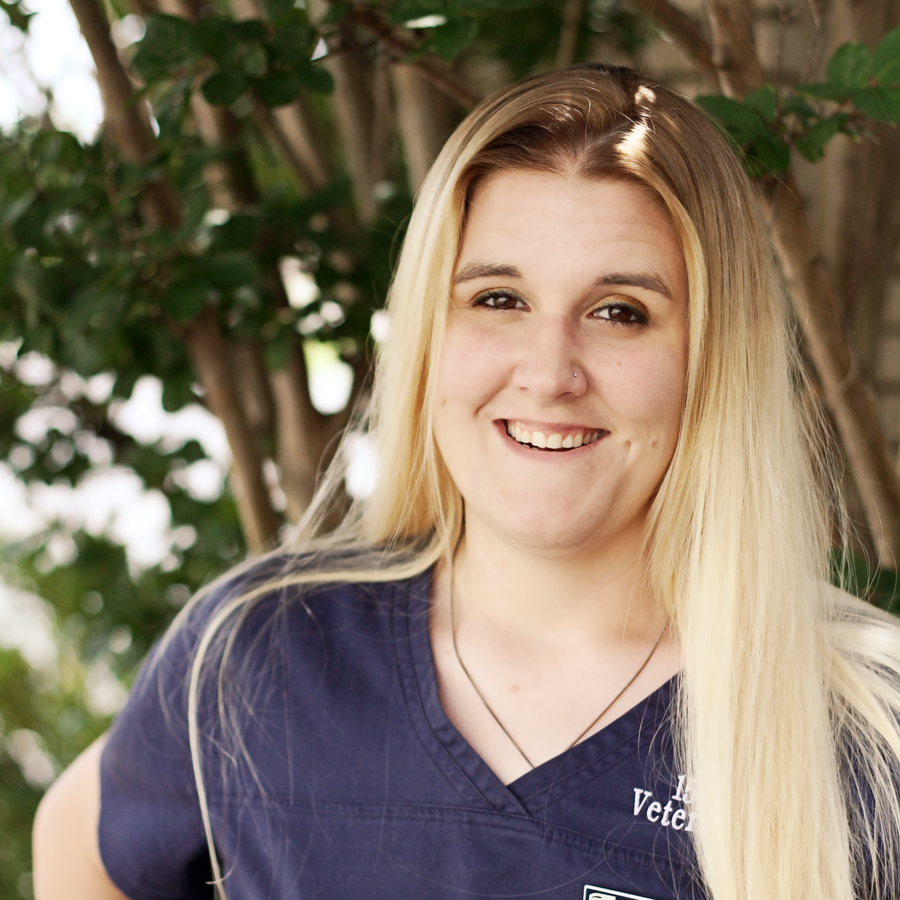 I am 30 years old and was born/raised in Tulsa, OK. I have worked in vet clinics for 10 years, starting as a kennel assistant. It wasn’t until 2018 that I became a licensed veterinary technician. Big dogs are always my favorite, however the Pitbull breed has a special place in my heart. I have one son and two dogs that keep up very well with my two step daughters. I wouldn’t have my life any other way! I love the people I work with so much! 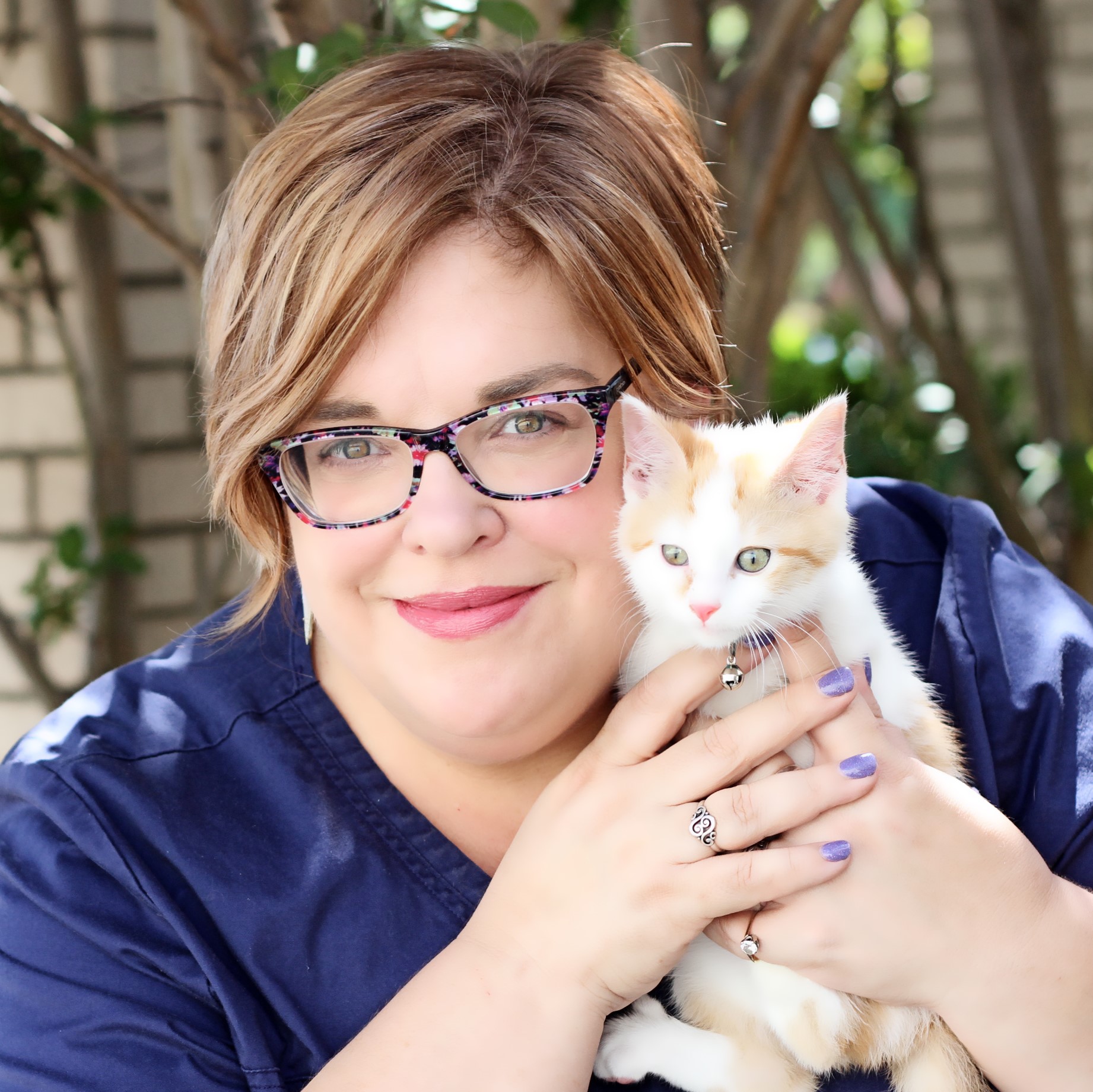 I am married with 2 children. My oldest is a hydrologist in Boise, Idaho and my youngest is pre-law at the University of Arkansas. I have 3 (sometimes 4) dogs-Luna, Zoe, Mushu and Clover and 1 cat, Guthrie, who was a c-section here at the clinic! 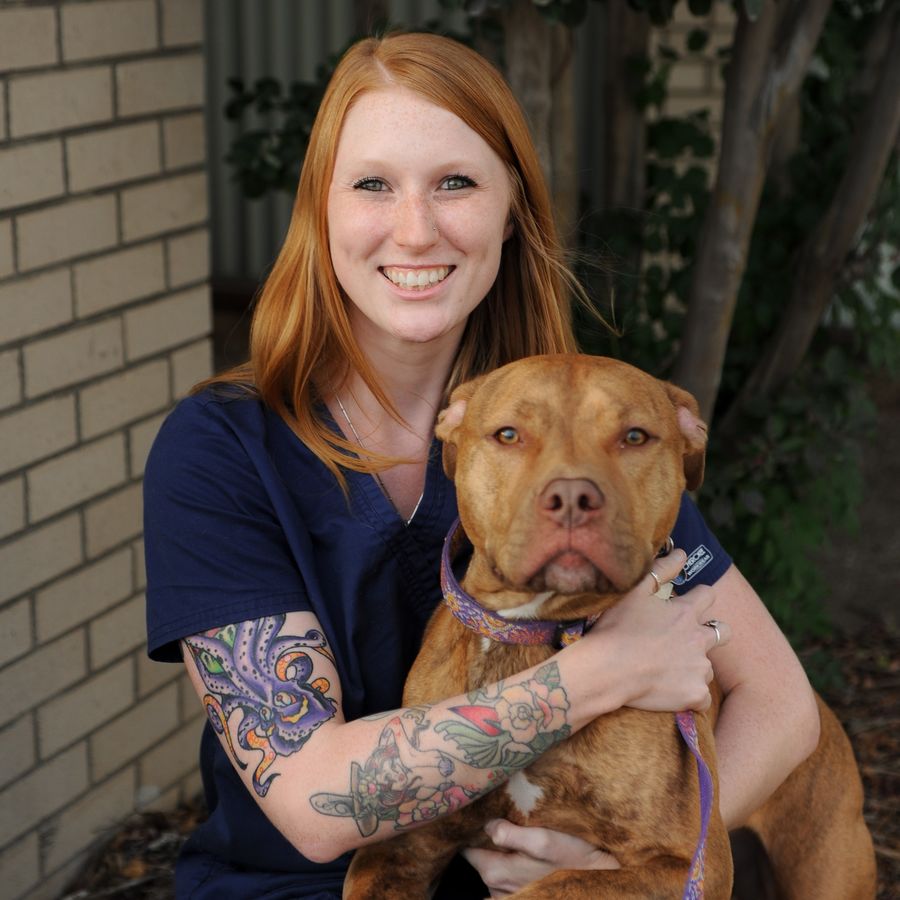 I became a part of this wonderful clinic family in September of 2014 when I applied on a whim, hopeful to finally fulfill my passion for animals. I was hired a few days later and I haven’t looked back since nor did I know that it was possible to love a job so much! I have one amazing fur baby of my own; Marley – my spoiled rotten American Pitbull. When I’m not working and helping with your pets, it’s a safe bet that I am either training Aerial Silks with my friends, binge watching Netflix, or napping with Marley. I am also a notorious “cookie monster” and I love music, festivals, camping, and traveling. 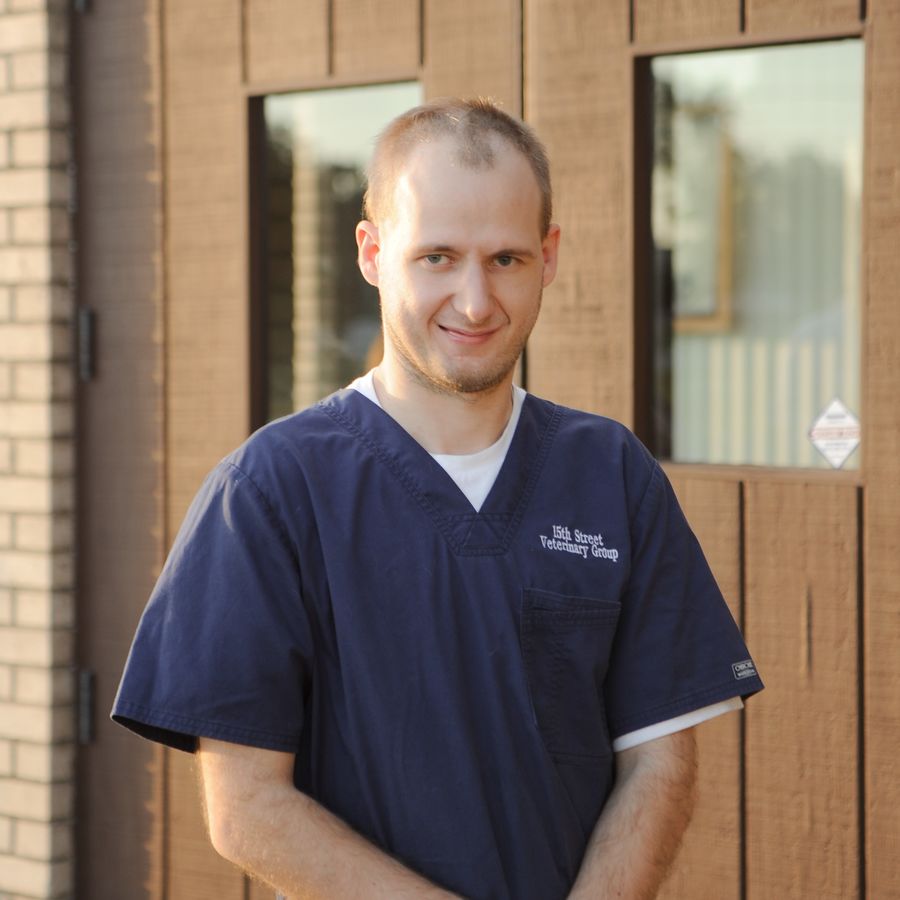 My name is Zach Haggard. I was born in McAlester and raised in Tulsa. I graduated from Memorial High School in 2008 and went to TCC and received my Associates. I have been working at 15th Street Veterinary Group since January 2012. I have two English Bulldog/Catahoula pups named Brodie and Nola and one cat named Boomer. I am an avid sports fan and hope to eventually work in Sports Media. 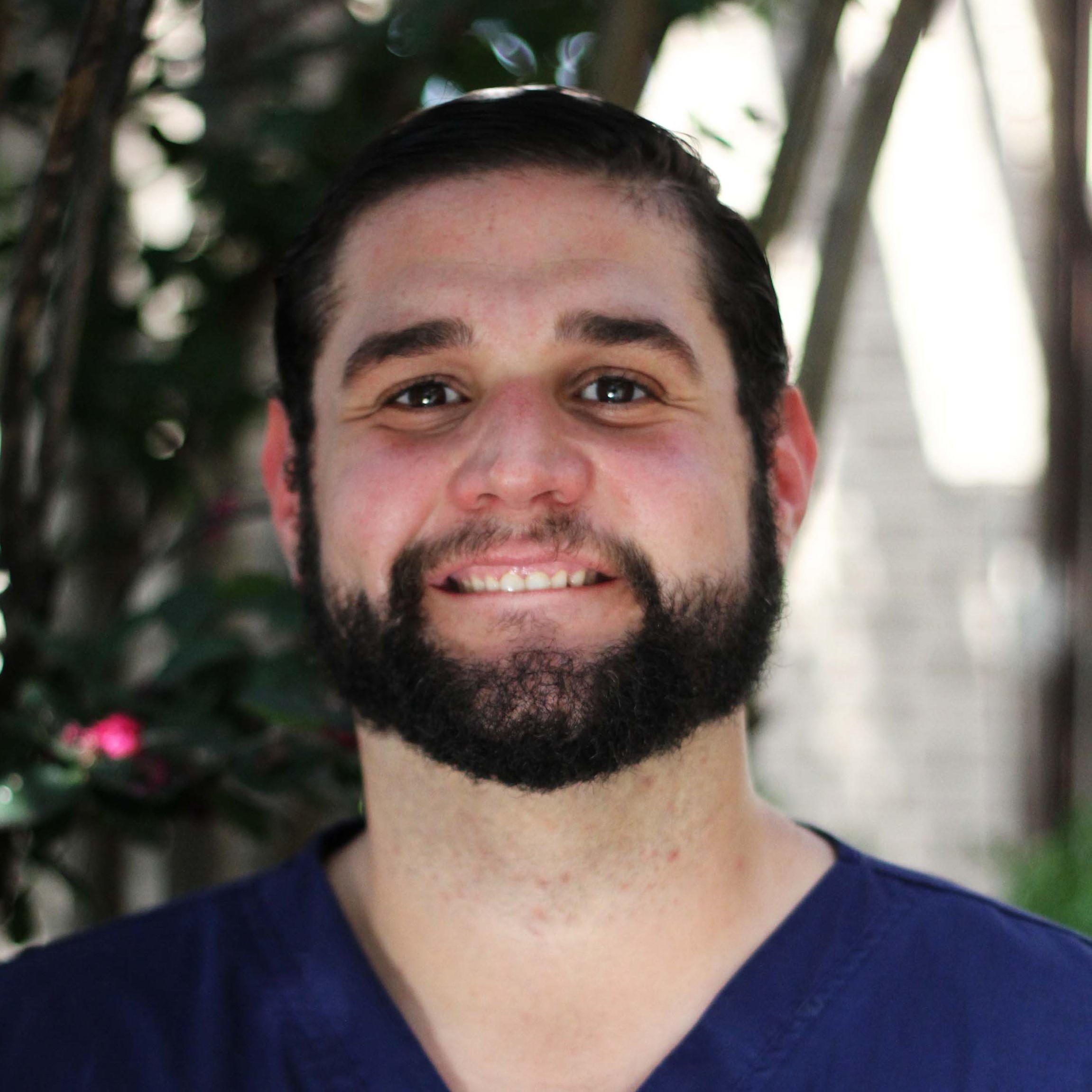 In 2020 I moved to Oklahoma to study veterinary medicine. I also had the opportunity to live with my big brother, sister-in-law and my two beautiful nieces. Luckily I also found my home away from home at 15th Street Veterinary Group. In such a small amount of time I’ve learned so much from all the Drs., RVTs, patients and clients. Last but not least, I owe a huge thanks to ARF (Animal Rescue Foundation) for letting me adopt my beloved Stella ! 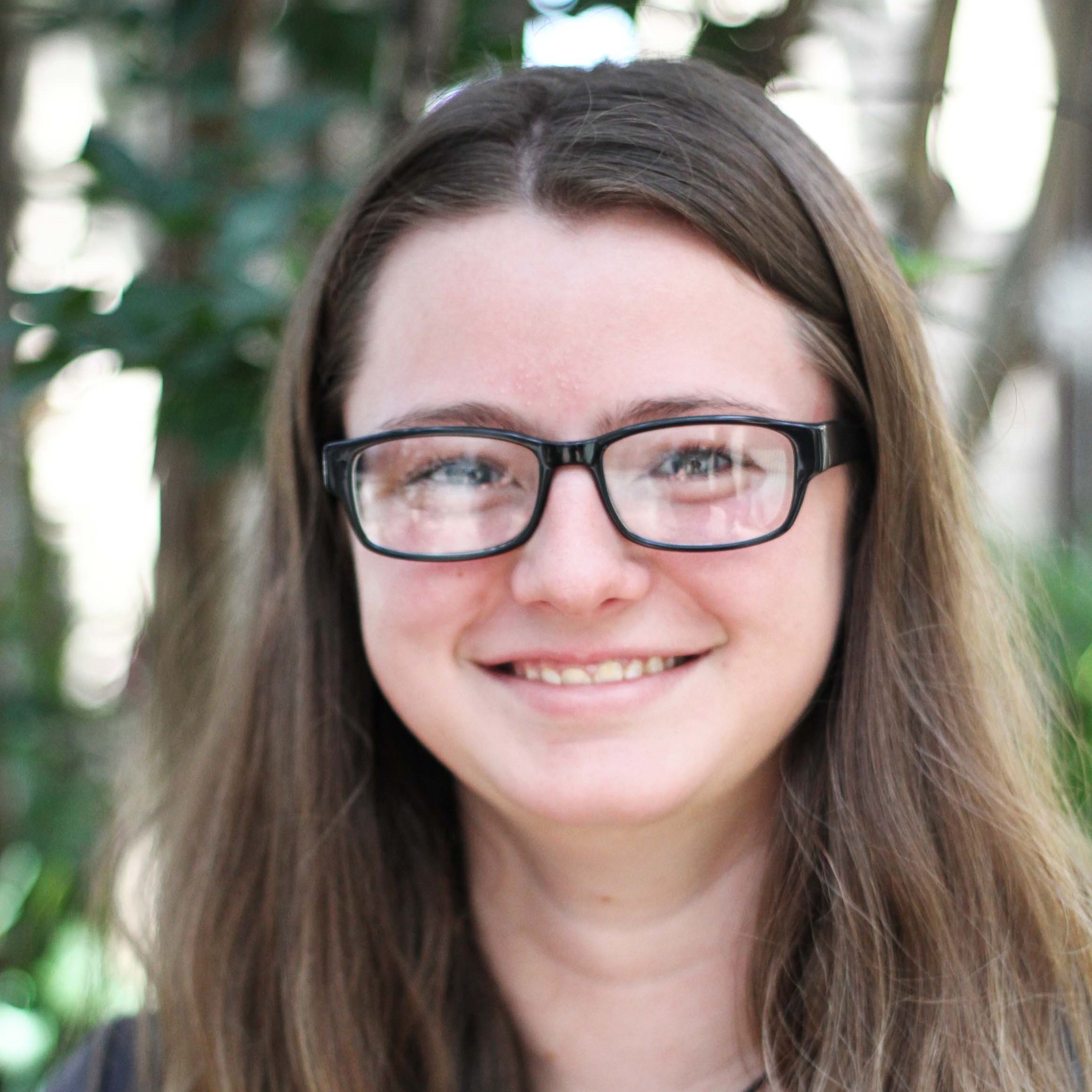 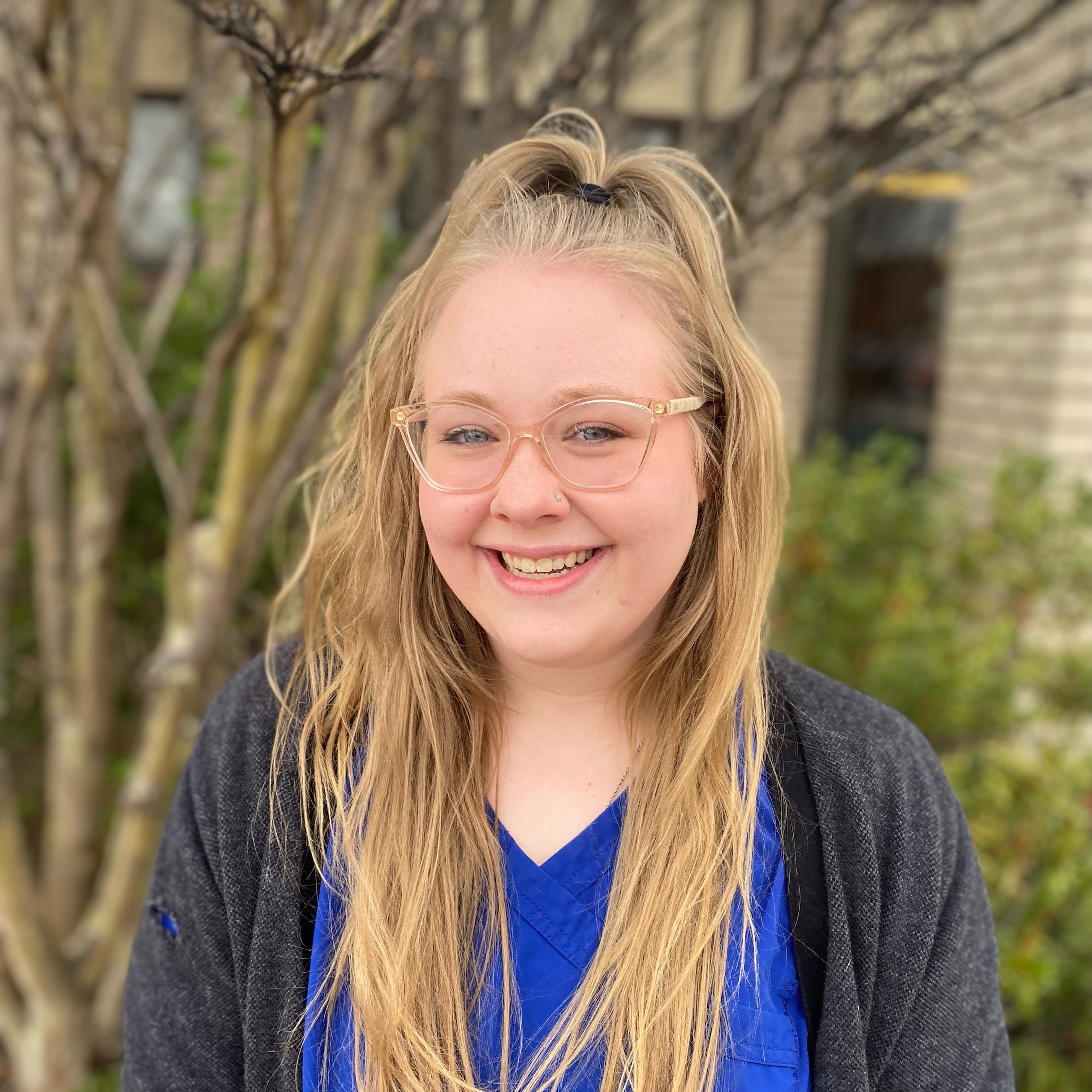 Hi! My name is Hailee, I am 21 years old and my favorite past time is taking care of all my furry friends between work and home. I have been a kennel tech since 2020, and truly find it the most rewarding job. I have three fur babies of my own, and will probably continue to add to the bunch despite my doctors protests!

Accessibility by WAH
Call Us Text Us